'Not My Life' film raises awareness about human trafficking 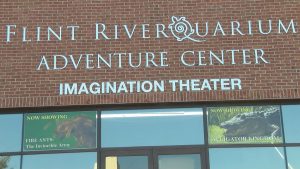 The Center of Excellence at Albany State University is highlighting the crime of human trafficking and says it's an issue young people need to be aware of.

The Adventure Center at Flint River Aquarium showed a film called "Not My Life" Tuesday evening that focuses on human trafficking.

In 2015, police said a sex trafficking ring was shut down in Moultrie.

Jwana Washington with the Center of Excellence said Atlanta reportedly is one of the largest hubs for human trafficking in the United States.

The "Not My Life" film brings awareness to the issue in hopes of helping to stop it.

"This is happening in our communities, it's happening, for lack of a better term, in our backyard. So, we wanted to focus the attention on this issue and let people know you can do something about it. You can get involved and please do get involved," said Washington.

For ways to get involved, visit http://notmylife.org.