Kevin McClendon Jr., a Gwinnett County native will graduate on Dec. 8 with a bachelor’s degree in computer science. McClendon is a member of the Student Chapter of the Association for Computing Machinery (ACM) at ASU. Under the guidance of Professor Robert Owor, McClendon was a part of several ASU computer science teams that participated in coding boot camps and Hackathons. He recently placed first in the IBM Hackathon in Raleigh, North Carolina.

During his time at ASU, McClendon attended several IBM training workshops, seminars, webinars and conferences on blockchain, machine learning and artificial intelligence. McClendon was part of the student team that presented the blockchain program at ASU to the Board of Regents of the University System of Georgia, which contributed to the establishment of the nexus degree program.

McClendon continues to be a coding champ, coding mentor, and contributor of code for a number of ongoing blockchain projects including the ASU MFC Blockchain, which is a peer to peer finance app for college students. Kevin was also a member of the ASU team which contributed to the IBM Global Call for Code Challenge for Disaster Relief Solutions. 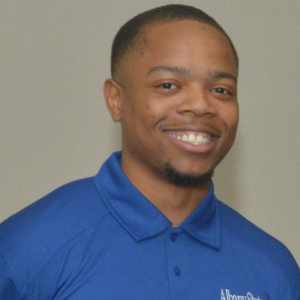 What motivated you to learn more about your field?

I was always intrigued on how computers and games operated on their prospective operating systems, so I chose to pursue my degree in Computer Science.

Why did you choose ASU?

I was informed that ASU had a great computer science program that provided great opportunities for students, which help me make my decision.

What are your post-graduation plans?

My goal is to work as a software engineer for IBM. After that I would like to open an academy to teach children about coding.

What do you love most about your chosen profession?

I enjoy finding and learning about new, emerging technologies that come up every so often in the world. Innovation is a key feature in technology because new solutions are then created to help solve problems.

Who has made the biggest impact on you and who do you consider to be a role model at ASU?

Dr. Robert Owor has had the biggest impact on my life, supplying me with job opportunities in my field and giving me hands on experience at conferences and technical events. These are some important skills to have in life, so I thank him dearly for that.

What advice would you give to other ASU students?

Get involved in something that’s going to help build your future, don’t just attend the University to have fun. This your future, so take it seriously. You want to have a plan after school.

Why would you say to a high school student about choosing ASU to further their education?

ASU has plenty of opportunities for everyone, just make sure you stick to the right path.