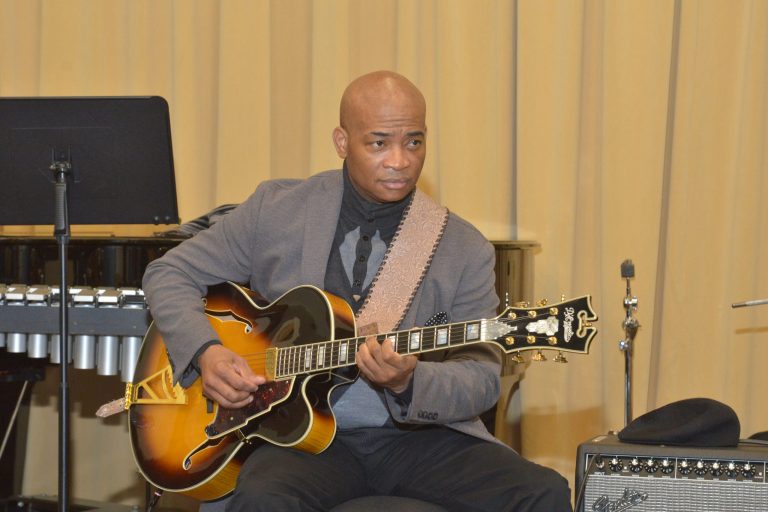 One of the signature guitar players of his generation, Malone is an adept jazz guitarist who often weaves in elements of blues, gospel and R&B. He received his first guitar at age four and began playing in his church at age six. The Albany native discovered jazz at age 12. The leader of ten albums since 1992, Malone is as well-known on the international circuit for helming a world-class quartet and trio as he is for long-standing participation in Ron’s Carter’s Golden Striker Trio and his contribution to the musical production of Sonny Rollins and Dianne Reeves.

The master class was in conjunction with Malone’s Friday, Feb. 2 performance for Jazz in the Quarters at the Albany Municipal Auditorium. The ASU Faculty Jazz Band performed as the opening act. Jazz in the Quarters was hosted by the Renaissance Connection, a non-profit organization that helps foster a love for the arts in Albany and the surrounding area.